A game to restore coral reefs

We have launched a start-up aimed at accelerating the restoration of coral reefs through play: Cryptocorals.

Doing what we do best to serve threatened corals

It all started with passion from a member of Possible Future. For two years, this diving aficionado worked with the Hawaii Institute of Marine Biology and coral reefs’ deterioration worried him. In some areas of the globe, corals may become extinct by 2050.

Degraded corals are bad omens for the entire ocean ecosystem as well as for humans who directly depend on them. This is why Possible Future had a strong urge to put its experience on challenges and innovation for the benefit of coral reef restoration. And we did! 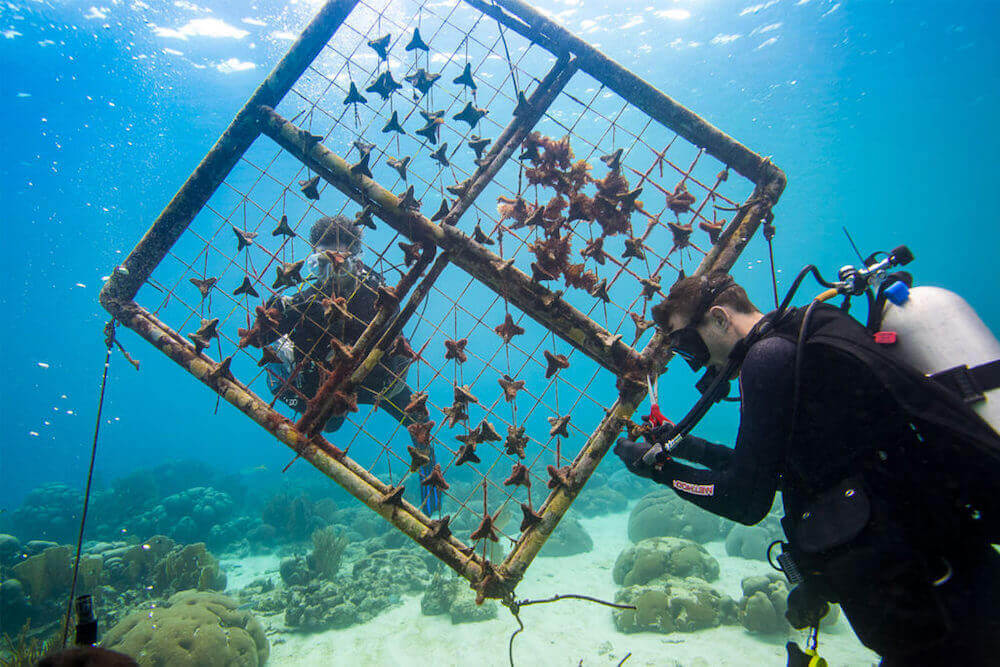 CryptoCorals is Possible Future born and bred. No client for this project, but the initiative of two of our members, encouraged by the opportunity given by Possible Future to launch projects that we are passionate about. Our startup studio was crucial as an investor and incubator of this grand idea.

From September 2018, two distinct objectives were clear. First, we wanted to provide this crucial, yet often ignored, cause more visibility. The second leitmotiv on this project was more pragmatic: the goal was to generate a system capable of raising funds to restore damaged reefs and compensate the lack of funding for these actions. Our vision : replanting 1 million corals by 2021.

The project is elaborated exactly as it would have been if briefed by a client: after an in-depth immersion and exploration of the opportunities (how the gaming market and the donation ecosystem work, coral reefs problematics …), the team started a designing and conception phase before moving on to beta testing with real users.

They quickly identified the channel to give life to their ambitions. Saving coral reefs will be:

Transparency is indeed the major concern of potential users, so it will have to be profoundly rooted into the design of the system. Anything involving donations involves information… That’s precisely where blockchain, as an open book that anyone can verify and that no one can modify, appears to be the obvious technology. 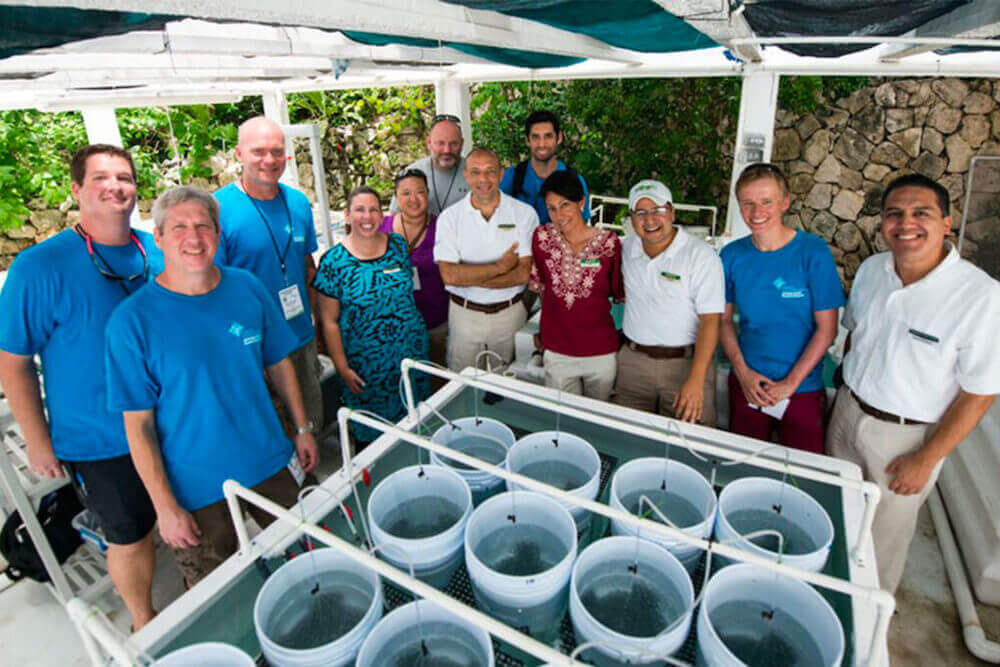 In December 2018, four months after the beginning of the project, 200 sea-friendly gamers started playing and testing the first beta version.

The idea is simple, the user adopts one or several cute corals for about 10 dollars each. He or she can then play with their CryptoCorals, breed them with other corals to create super corals with incredible genetics (and real good looks!). Specialized marine researchers work in the same way on real-world reefs. Online, the virtual corals are created thanks to generative design logics, capable of generating an infinity of unique corals. That’s why each time a coral hatches, it’s unique and specific to its user.

And of course, the money paid to adopt virtual corals is used to plant a live one. Behind the fun interface, blockchain operates to transfer the funds to qualified NGOs, working relentlessly to restore coral reefs. CryptoCorals’ first partner is Secore International who has divers working on rescuing endangered reefs in the Caribbean and the Bahamas.

Beyond corals, CryptoCorals is the first step of rethinking donating – making the most of blockchain technology – and promoting biodiversity in our economy, thanks to playful interface. We believe at Possible Future, that leveraging technologies, such as blockchain, can help us tackle today’s environmental challenges and we want to steer our investments in projects going the same way. 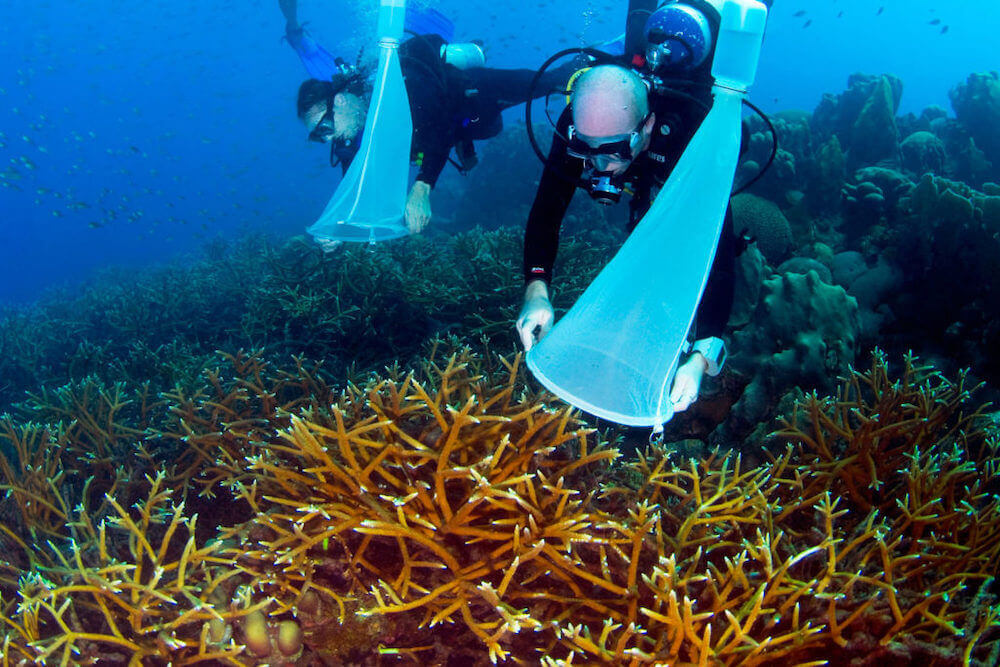 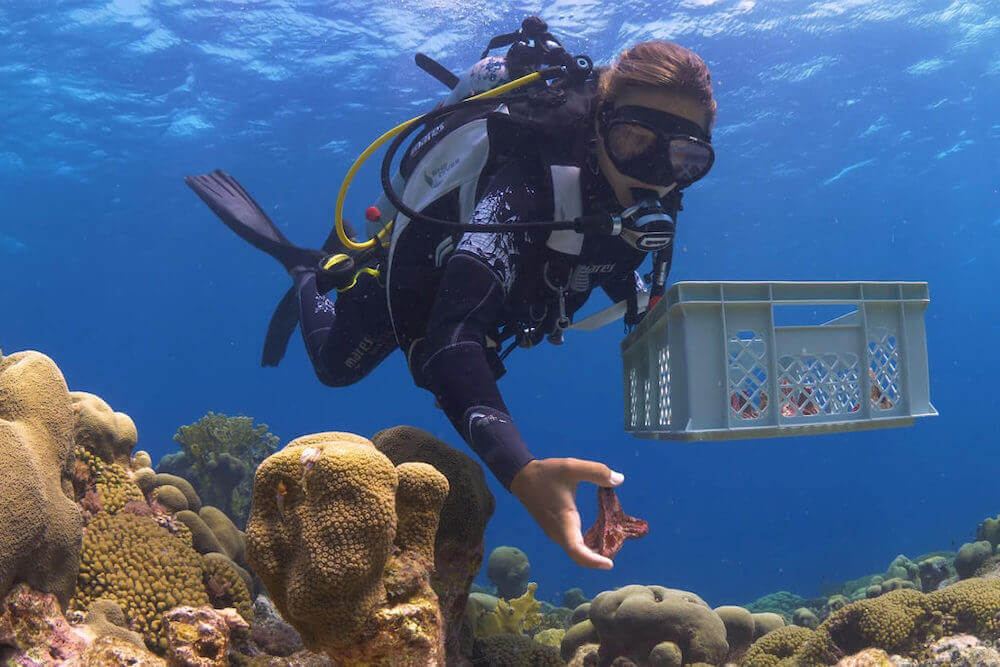